The Evolution of Video Wall Sources 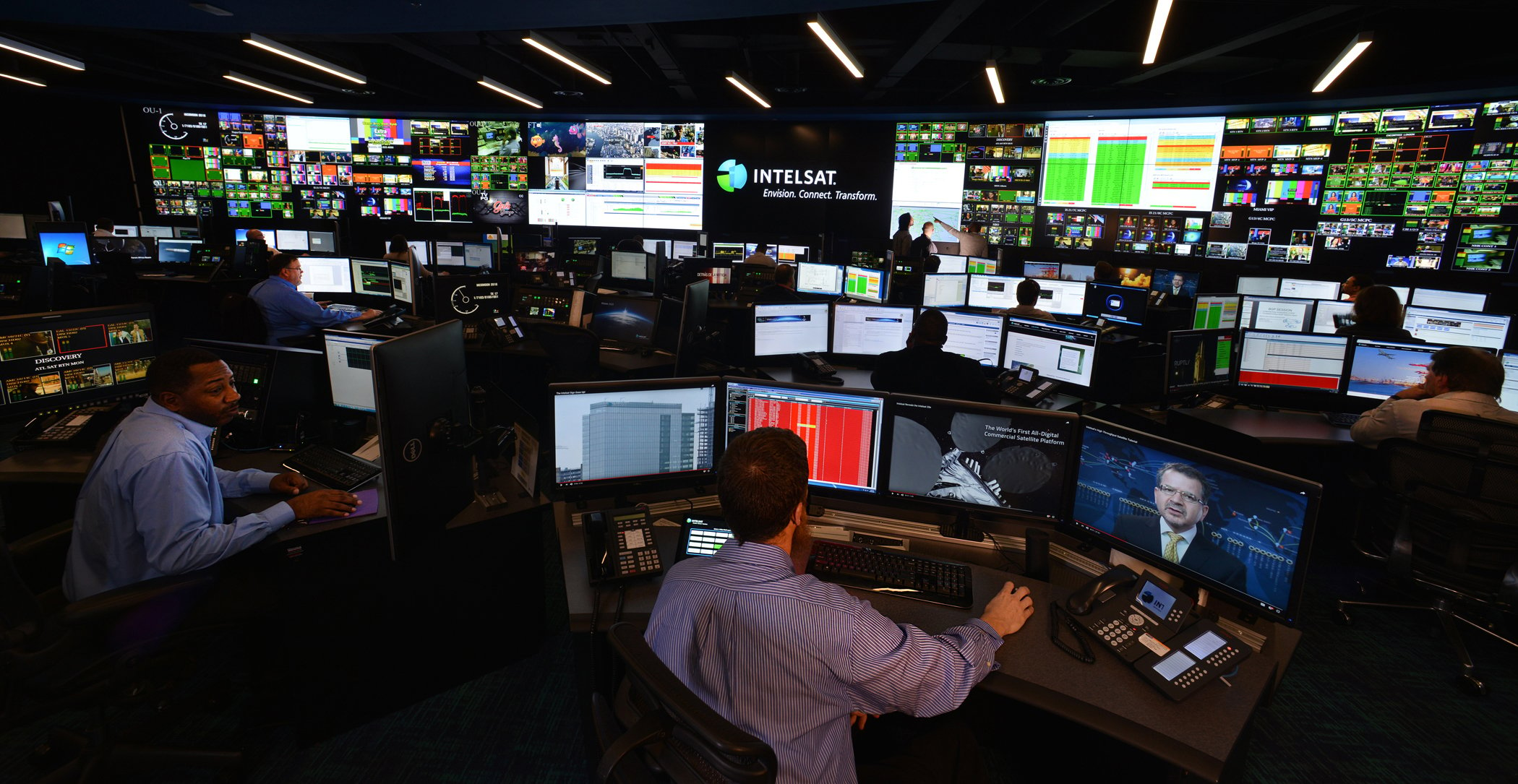 Hiperwall video wall software has always been great at accepting and displaying lots of sources of several types, but sources and their uses have changed over the years as what they were showing evolved. This post contains my experiences with the changing landscape of sources used in Hiperwall video wall systems around the world, particularly for control rooms and similar, rather than signage applications.

Our first source type was the Sender, followed closely by the Streamer. These standalone apps send data to the video wall computers in very different ways making their uses unique.

The Sender software (now called HiperSource Sender) captures the screen or part of the screen of the computer it runs on and sends that to the Hiperwall system. Sender can run without even being installed on the computer (for environments that restrict software installation). The encoding of the Sender’s video stream is completely CPU-based, so it runs on nearly any PC, Mac, or Linux box, and the performance scales with the CPU and network speed. Sender can send its data directly to the video wall if it is on the LAN or can use the HiperController as an intermediate via an encrypted channel. This allows Sender sources to come from anywhere on the Internet. We extended this capability with a product now called HiperCast (was Share) that can deliver multiple Sender sources to multiple Hiperwall systems around the world.

Our clients use Sender for monitoring dashboards, social media feeds, desktop sharing, and more. Sender provides multiple captures on a single machine, runs in VMs, and supports KVM control of the source machine. The flexibility and utility of Sender means customers want to use it in many situations where high frame rate is not required. Sender also scales and resizes handily, so if a user changes the resolution or orientation of the screen of a Sender PC, it can adjust automatically.

While Sender is our oldest source type, it has undergone many performance and capability improvements over the years and remains the simplest and perhaps most flexible of our sources. Sender was built at a time when most of our customers were running custom applications to monitor and control their systems, so it was perfect for delivering those output screens to the video wall. Since the nature of such applications has changed to be more web-based, other solutions, especially HiperSource Browser, discussed later, grew in popularity.

The HiperSource Streamer software is designed to deliver high frame rate, high quality video streams to the Hiperwall video wall. It uses hardware accelerated video capture, compression, and encoding to send a bandwidth-efficient video stream. Streamer uses our patented approach to synchronize playback on different display computers to make the frames sync across display boundaries for a seamless experience even if the video spans multiple display tiles. Streamer provides display capture, like Sender, but also supports capture cards, so it can stream video content captured from HDMI, SDI, or analog video sources to the wall. For display capture, Streamer also supports KVM control of the Streamer PC, which means content and applications on that PC can be interacted with while being shown on the video wall. Because Streamer requires hardware support to encode the stream, it must run on a moderately powerful PC on the Hiperwall LAN.

Since Streamer is great for high frame rate video streams, our customers use it to play videos, show presentations that have artistic transitions, share VMS consoles or other applications where high frame rate matters, and to show TV stations to monitor news and weather. Streamer has evolved over the years to support more hardware types and to manage capture cards in a flexible manner. Streamer continues as the go-to source type for video-style streaming.

With version 8 or the Hiperwall video wall software, we added a complete re-imagining of the Streamer idea in a product caller Streamer+. This new product was built from the ground up for performance, allowing more streams, more desktop captures, more capture card inputs, and higher resolution and frame rate than the original Streamer on supported hardware. The new Streamer+ has been the go-to choice for new installations and even upgrade customers since it was released.

While Sender and Streamer are well suited to sending desktops and captured streams to the Hiperwall, our customers also wanted to send networked video streams from IP Cameras, video encoder boxes, and VMS gateways to their Hiperwall video walls. Since we already had a powerful synchronized streaming protocol from the Streamer, we adapted that to make HiperSource IP Streams. The IP Streams source software can ingest many types of network streams from ONVIF cameras, RTSP encoders, RTP and HTTP sources, and more. It then wraps the streams with our patented approach to synchronize playback across the multiple displays of the Hiperwall video wall and delivers the streams to the display computers. Because the IP Streams software is so efficient, a single moderate PC can ingest and process around 75 streams for simultaneous delivery and playback on a Hiperwall system.

With the addition of HiperSource IP Streams, and to provide more flexibility to our customers, we combined all the source license types into a single HiperSource license type. Therefore, customers could easily switch sources as their needs changed and no further license updates were needed. This simple source interchangeability has worked very well for our customers who may not know exactly what they want to use when they are defining their system. Now they can pick and choose and change as needed.

IP Streams has become a significantly popular source type for many of our clients’ applications. Some need to display streams from IP cameras, possibly via a VMS gateway, such as those provided by Milestone and Genetec. Some customers in secure or otherwise restricted environments use video encoder boxes to take the HDMI output of a computer and convert it to an RTSP stream that the IP Streams software delivers to the Hiperwall. Thus, their secure, mission-critical computers never have to be on the same network as the Hiperwall system, and the only interface to the Hiperwall network is a video cable. IP Streams also delivers content from TV decoder boxes, now that MPEG 2 streams are supported.

While Sender and Streamer have been able to capture web pages and send them to the video wall from the start, we wanted to take web content to the next level, so we developed HiperSource Browser. It is a real web browser, based on the Chromium engine, so it supports current web technologies, but it scales in amazing ways. Like most web browsers, it supports tabs with different content (web pages or PDFs, etc.), but each tab is actively rendered and sent to the Hiperwall video wall simultaneously. This means one PC can deliver several web page sources at once while the user does something else entirely. HiperSource Browser also scales in size, allowing a single web page capture to be huge. A control room customer with an enormous video wall uses HiperSource Browser to send several dashboards with 10s of millions of pixels each to their giant Hiperwall. That isn’t a typo – tens of millions pixels worth of custom dashboard data each! Other customers use Browser for normal-size web content.

Because the world has migrated from custom applications to web-based application and dashboards, HiperSource Browser has an incredibly bright future as more and more customers switch over to modern infrastructure. Its flexibility to send multiple content items of differing, possibly enormous, size makes it strongly in demand. And because it works in virtual machine environments and doesn’t interfere with other uses of the PC, it is very friendly to the staff and operators that use Hiperwall video walls. Browser is built on the Sender protocol, so it can send across the Internet via an encrypted channel and HiperCast can deliver Browser streams to multiple Hiperwall systems at once.

The current broad range of sources described here support our customers’ current use cases, but technology is always changing. Performance and feature improvements are obvious next steps, but we are always examining new use cases and customer needs. New streaming protocols are becoming popular for both audio and video, so we are watching market acceptance of those. Integration with collaboration or other products could also be in the cards as the world recovers from disruptions over the last years. We have great sources to get your content to your Hiperwall video wall system, but we’re far from done. 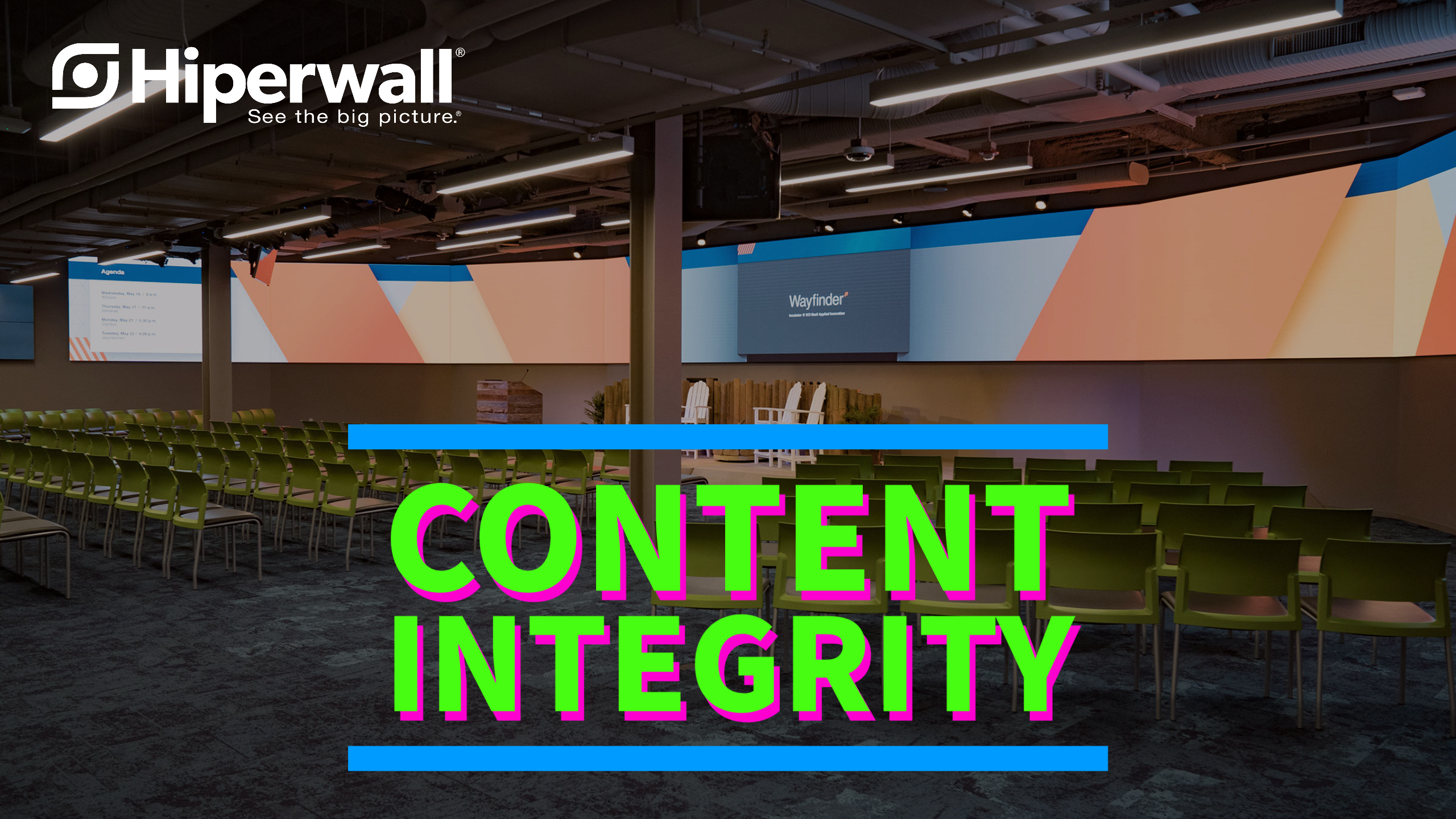