Located 50 miles from Los Angeles in Southern California, La Sierra University is a nationally acclaimed institution situated on 150 acres in the city of Riverside. The university began in 1922 as La Sierra Academy and now offers a hands-on education in a supportive Adventist Christian environment. Students are encouraged to investigate, explore, debate and discuss topics with the faculty in a small class size setting with low teacher-to-faculty ratios. The university is heavily involved in the community and believes in using education to make a difference for people. The Students in Free Enterprise (SIFE) team has helped disadvantaged people around the globe to live better through economic empowerment and has won the SIFE national championship six times and the World Cup twice.
La Sierra University is one of the most ethnically diverse universities in the U.S. The university is made up of the School of Arts and Sciences, the School of Business, the School of Religion, and the School of Education. The university offers more than 120 bachelors, masters and doctoral degrees for about 2,000 students.

In 2009, La Sierra University began a program to promote collaborative learning in the classroom. The goal was to increase the effectiveness of the university’s science programs by leveraging the computer knowledge and resources students bring to the campus.

The project was led by Dr. Nate Brandstater, Associate Professor of Chemistry at La Sierra University, who worked with a team of students to create a new learning environment where students would be in the spotlight as academic performers coached by a faculty instructor, enabling students to move from passive spectators to active learners.
The team proposed a Collaborative Digital Learning Lab (CDLL) that would leverage display and network infrastructure to allow students to use their own laptops wirelessly with flexible onscreen layouts and maximize student collaboration and involvement.

La Sierra University’s Digital Collaborative Classroom consists of a 3x3 video wall in the front of the class, two workgroup monitors on the right wall and two workgroup monitors on the left wall. Content from student computers can be displayed on their workgroup monitor while the students collaborate in small groups. The instructor has the option to display the content of one or more workgroups on the large video wall at any time, or the instructor can display his own content on the main video wall, the side monitors, or both. This flexibility enables the class to work in small groups or join forces to discuss issues or work collectively on more significant problems.

Two monitors are spaced on each side wall (for a total of four) so small student workgroups can display content from their individual laptops, enabling each workgroup to observe the work of the other workgroups. At any time, the instructor can bring the work of one or more workgroups to the main video wall, allowing the entire class to watch and discuss each other’s work.

The Hiperwall software communicates between the student laptops, the instructor’s central control PC and the computers that run each display. The Hiperwall system allows each student to display his or her laptop screen wirelessly on the video wall using the university’s existing Local Area Network.

“One of the key reasons for choosing the Hiperwall system was its ability to leverage the existing network and computer assets La Sierra University had in place while at the same time allowing for flexible, two-way communication between students and instructors,” said Neal Lawson, La Sierra University’s IT Director. “Because of the Hiperwall architecture, we were able to use the same HP switches and access points we have deployed all over campus.”

In classes taking place in the CDLL, after students join the wireless network on their laptops, the instructor is then able to display several of the students’ laptop screens on different areas of the video wall, control a student’s laptop from his own computer, and facilitate a discussion about the class subject.

To create a learning lab that would leverage display and network infrastructure to allow students to use their own laptops wirelessly with flexible onscreen layouts and maximize student collaboration and involvement.

La Sierra University decided to install a Hiperwall video wall system because it allows for the sharing of content between student laptops and classroom video walls.

“It has revolutionized my course—not just how I teach, but what I teach as well. Using the Collaborative Digital Learning Lab (CDLL), my students are interacting, solving problems and visualizing chemistry in a way I haven’t been able to attempt before.” ” 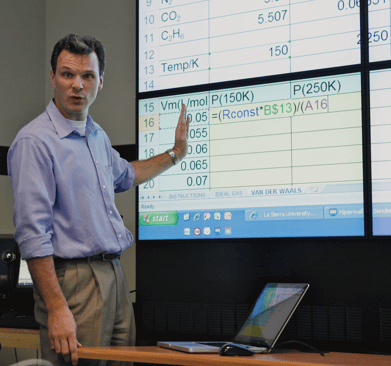 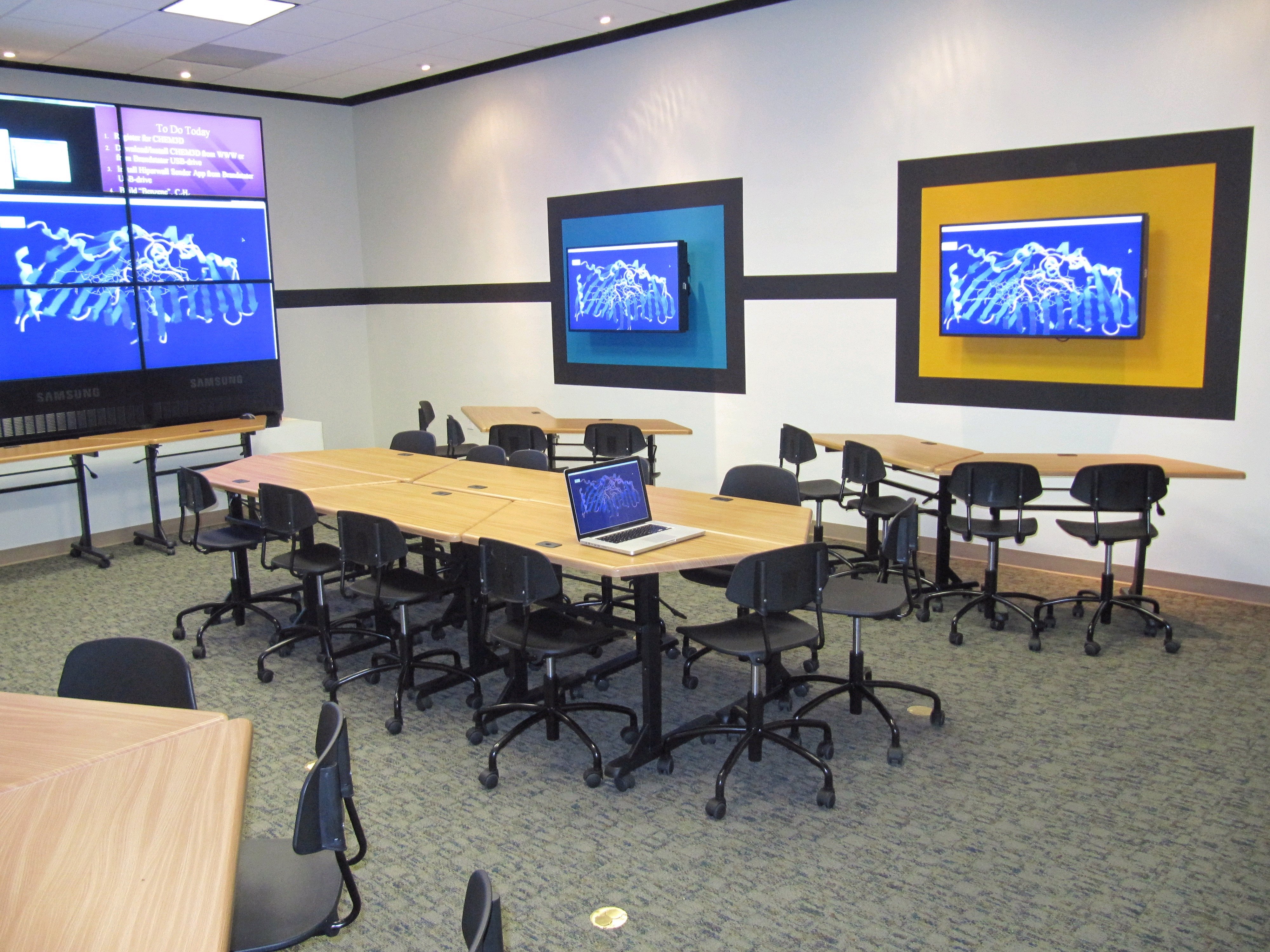